Wouldn't that be nice, to run a business without any overhead. That 2% to 6% typical profit margin in this trade might even double. However, that's not what I came here to talk to you about today. I came to talk about beer lines, a.k.a. trunk lines, a.k.a. pythons.

For the last five plus years that we've been open, we've had to put up with excessive fobbing when dispensing beer from the gas (guest) taps. Not only does this increase the time that it takes to pour a pint (which tends to irritate the staff), but also causes considerable waste as the foam that gets spooned out of the glass ends up in the slop bucket for feeding the bacteria down the sink at the end of the night. Since I was trained in setting up cask dispense and not keg dispense, I was not aware of the intricacies of what's called balancing a beer line. I ignorantly though that beer would flow through anything. So, instead of running the pythons under the floor from the cellar and cooler behind the bar, which involves the nasty business of cutting concrete, I thought it would save time and effort to just run them overhead through the woodwork above and inside the bar.

This was a Bad Idea.

Now, more than five years later, the beer is pouring just fine. Since we are on our Winter hours, being closed Tuesdays and Wednesdays, I determined that this would be the year in which the problem got solved proper. Last week also contained an additional day of closure called Thanksgiving, giving us a little extra time to work out the kinks. So, late last Monday night I started cleaning out the cellar and the bar and getting ready for an early Tuesday morning of concrete bashing.

As you can see, the two pythons run up from below and into the ceiling. Notice the fancy Sears air conditioner that we use as our refrigeration system, with the glycol lines that run through a small race car radiator. 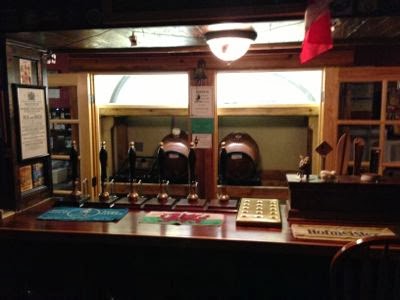 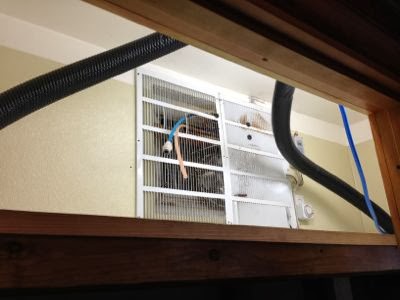 Since Ben is younger than me and more spry and savvy with things like jackhammers and hammer drills, he volunteered (I think) to work with the concrete and my job was to deal with all the plumbing, clamps, fittings, liquids, etc. 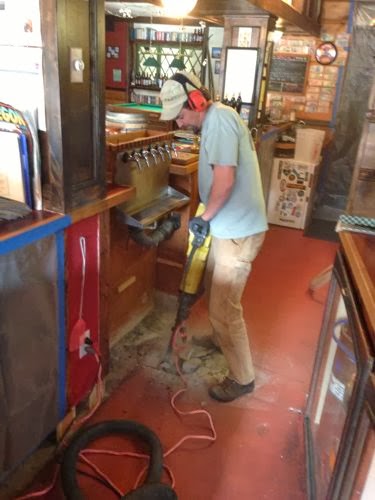 Now, I've worked with a lot of mechanical things, rebuilt engines, spent years fiddling with hardware and software engineering, and am seldom surprised by the "Always One Principle", which often competes with my adage of "What Could Go Wrong?". This states that there is always at least one thing that has the potential of breaking off, dropping into a gutter, sproinging across the room or otherwise getting in the way - you know what I mean, that one manifold bolt out of four that breaks off and has to be drilled out. Sure enough, as I was muttering "What Could Go Wrong", we discovered, upon cutting the floor, that there was a large chunk of metal directly in the path of the future python trench. 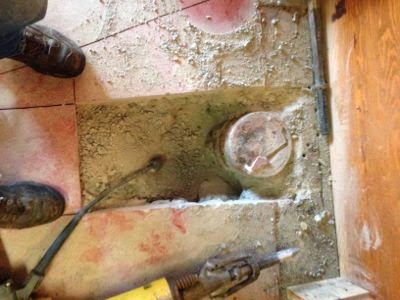 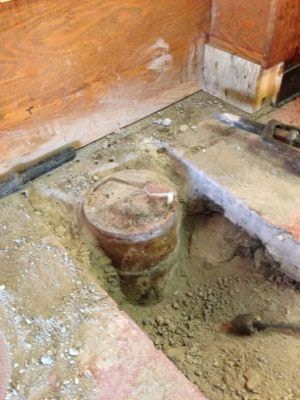 We'd forgotten that was there when we built the bar, having just paved over it with the epoxy resin floor. It turned out be be encased in solid concrete, and took half a day to hammer out. 8 1/2 inches in diameter and 19 1/2 inches tall, it appears to be a drop safe that was ensconced in the floor when the building was built around 1945. There is a groove on the top surface that looks as though it used to house a handle, and a groove around the rim suggesting threads. 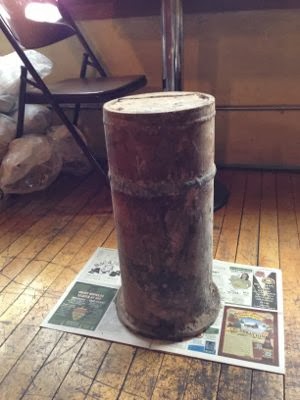 Whats inside? Beats me, although speculation runs the gamut - time capsule, drop safe full of gold coins, who knows? It is currently sitting in the front corner of the pub, easily up to the task of making a great conversation piece. It will get opened. Some day. Not sure how.

Anyway, by Wednesday night the pythons were in place and the concrete poured. I finished all the hookups and so forth later in the evening, and even updated the glycol lines at the shanks in the coffin box to provide better cooling. 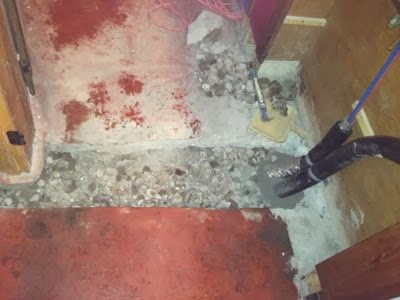 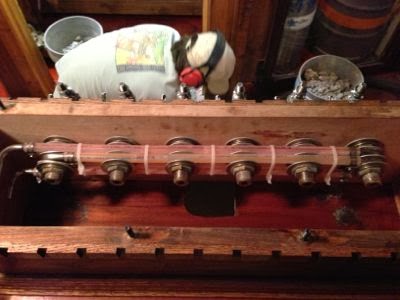 So far, a week later, the experiment has been a success. The over-carbonating of the kegs caused by having to force the beer through 40 ft. of line with a significant amount of elevation gain using 18 lbs. of pressure is over. They are running at a comfortable 14 lbs. and are dispensing like a dream. I still prefer cask, which is what we sell the most of, and the benefit there is that the shorter lines also cause less waste there as well. So, we'll see you at the pub for a perfectly poured cold one.