Now THIS is a Festival

I had decided this year to change my routine of beer festivals. No more KLCC Microbrew Festival this year. Let's do Sasquatch instead. No Firkin Fest at the Green Dragon (and I won't go into why here). How about meeting some new brewers and brewery staff and plying the trade outside of the usual Portland area. Portland gets too much attention these days anyway.

On a whim I decided to go to the Fort George Brewery in Astoria for a festival of stouts. We had done a cask swap once before with them, and so I wanted to be there to handle the casks and to schmooze - that sort of thing. I had my portable cask pub kit with me, so, in addition to the new beer engine that they had mounted in the new Lovell Tasting Room, we were able to pull an additional two casks. As usual I had to show up the day before the festival and set up in the lonely new space which used to be a car showroom. 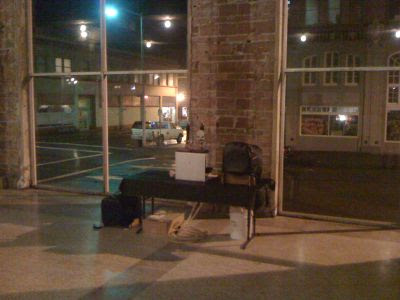 The new brewery addition is immense. I was particularly impressed with the enormous beams, the smell of old carpentry and the piggy hot liquor tank. 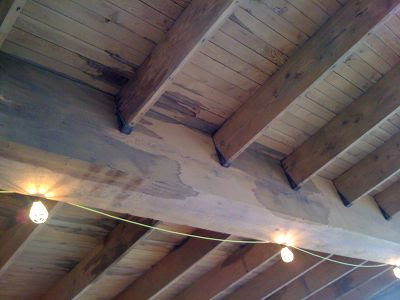 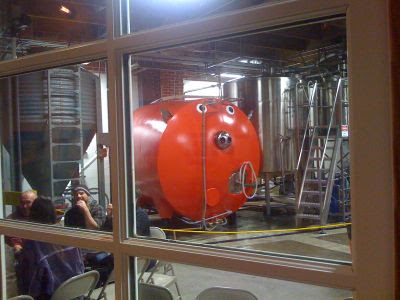 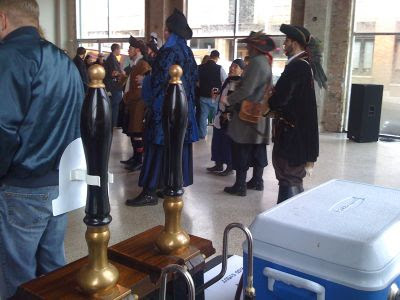 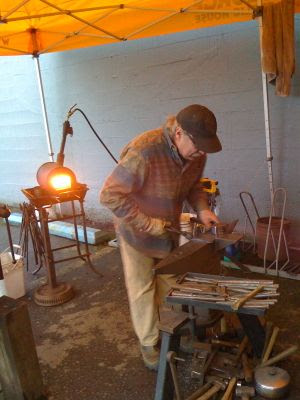 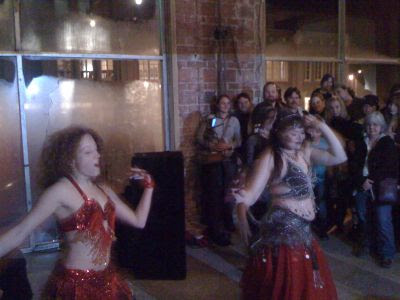 Needless to say, I had a good time. I got to work my own taps for a while, and found it unusual to not have to figure out what style of beer the customer wanted. 100% chance it was going to be a stout. We were serving our 8-grain winter stout called "Frost on the Bumpkin". I was only asked three times whether it had pumpkin in it.

Looks like a cool event, and I get the sense at times that Oregon is definitely a place I need to get to.

You do indeed. I have the red carpet in the ready.

Next year or the year after that. For sure. I regretted missing it this year.

As for the cask fest--I am unshocked but saddened. Maybe in two years I'll try to host a proper cask fest up here. And by host I mean "organize and farm out the actual work." The one they had in Washington sounded like a great time--did you go to it?